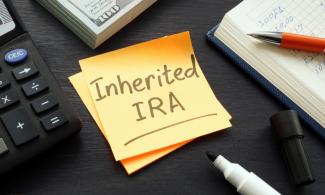 The Basics of Inherited IRAs

As the beneficiary of an IRA, it’s helpful to know the rules regarding distributions.  These accounts grow tax-deferred, and for that reason it’s often advantageous to leave funds in an IRA as long as possible, to defer taxation on any withdrawals.

For decedents who died prior to 2020, taxable payouts to beneficiaries were able to be "stretched" over a lifetime, despite modest distributions that had to be taken each year starting in the year following the year of death.

However, IRAs inherited from someone who died on or after January 1, 2020 will generally be subject to new, more complicated distribution rules put forth in the SECURE Act. Under the new rules, much depends on what kind of beneficiary an individual is deemed to be.

EBDs are the most favorable category, and include the following:

Anyone in this group may follow the old rules, taking the modest required amount each year, but with the ability to decide to leave funds inside the IRA to grow tax-deferred. (Note that a beneficiary who is a minor child must begin minimum distributions at the age of majority.)

When the sole primary beneficiary is the surviving spouse, he or she has additional options:

A beneficiary who does not qualify to be an EBD is considered to be a non-eligible designated beneficiary. Common examples of a non-EDB are adult children, adult siblings, other family members, friends, and trusts.

Non-eligible beneficiaries are required to empty the account within ten years of the account owner’s death. No annual minimum distributions (RMDs) are required, and they can withdraw any amount in any year through year ten.

A non-EBD beneficiary can also choose to close out the IRA account and take possession of all of the assets right away. This will result in federal (and possibly state) income taxation of all taxable assets received in that year, though the 10% early withdrawal penalty will be waived.

Due to the SECURE Act, many beneficiaries (say, adult children) inheriting an IRA from a deceased parent now have to withdraw all funds within ten years, triggering taxes on all withdrawals. Prior to 2020, these same adult children had previously been able to inherit their parents’ IRAs and to “stretch” them over their lifetimes, needing to take modest annual required distributions but without obligation to withdraw more than that. This kept the children’s own tax burden to a minimum and, if the funds were not needed, allowed the children to pass the inherited IRA down to a third generation, thus deferring taxes and preserving wealth for decades.

The new IRA distribution rules created by the SECURE Act can cause confusion, especially for non-spouse beneficiaries such as a sibling or adult child of a decedent. The biggest change is that non-eligible designated beneficiaries typically have to fully distribute the retirement account within 10 years.

Consult your financial planner, tax preparer, or estate planning attorney if you have more questions about inheriting retirement accounts.