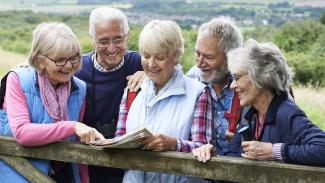 One dynamic that retirees often eventually face is the realization that they will have to draw on their newly-available retirement accounts, either for annual required minimum distributions (RMDs) or simply because they need funds for living expenses. A corresponding concern is the worry that they will need to draw on their accounts during a period of market decline, which can exacerbate an already-declining account. Financial planners also know that this dynamic can be particularly problematic if there is a sustained period of market decline in the initial years of needing to take withdrawals.

Fortunately, there is a strategy that retirees can employ to offset this concern.

But first, some background information. Historically, market declines have had little long-term effect on assets in a well-diversified account.  Recovery may take anywhere from months to several years, but in the end any “losses” were only temporary, provided that assets weren’t sold when the value was depressed. However, in retirement, withdrawals from retirement accounts can create a challenge. During periods of market decline, taking needed withdrawals means that investments must be sold when their value is lower. This “selling low” can shorten the life span of investments that, if left untouched to recover, would otherwise provide growth or income for a longer period of time.

One strategy for mitigating this potentially damaging situation is to preemptively move a portion of retirement assets to cash or short-term bonds, perhaps enough to cover two to three years of expected withdrawals. Ideally, this investment shift should be made several years prior to beginning expected withdrawals, and will protect this amount from any potential market downturns.

Once an account is structured in this way, the retirement assets have effectively been bifurcated: one portion continues to be held out of the market (i.e., in cash or short-term bonds), and the rest continues to be invested as usual (presumably for growth and/or income potential).

Eventually, when cash assets are partially or completely depleted, they should be replenished during a period of strong market returns, with the goal of always having two to three years worth of withdrawals available in cash.

Over a period of several years, retirees will begin to see the value of employing this type of withdrawal strategy.