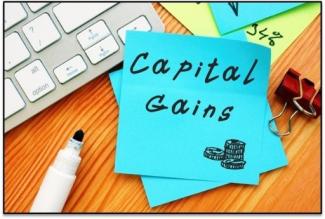 Why is my tax bill higher this year?

One answer may be, “Because your investments did very well last year!”  But the explanation is more complicated than that.

Let’s start with an understanding of how investments and taxes work.  Basically, we buy something.  Later, when we sell it, if we made a profit, that’s called a capital gain.  If we sell it for less than we paid for it, that’s called a capital loss.  So, one can assume that we don’t pay any taxes until we sell the investment, right?  The answer is yes . . . . unless we own mutual funds.

If we own mutual funds in a non-retirement account, we may end up with a tax bill at the end of the year even though we didn’t sell any shares of our mutual fund. That’s because inside each mutual fund there are often shares of stock of hundreds of companies. During the year, the mutual fund managers may buy and sell stock inside the fund. Every sale and every purchase of stock inside the fund is tracked – and any sales are tracked as to whether it had a capital gain or a capital loss.

First, a review of how gains and losses work

Long term capital gains are taxed at rates from 0-20% - most taxpayers pay 15% (Source – www.irs.gov). Capital gains are deemed to be long term if the security that made the profit was sold at least one year after it was purchased.

Capital losses occur when shares are sold for less than what we paid. Again, they are divided between long term and short term capital gains.

Finally, the two net gain or loss numbers are added together, for a final net number for the year.

In 2021, many mutual funds had a lot of activity going on inside of them. Many managers were actively buying and selling throughout the year. Because markets were generally up sharply last year, most of the sales created capital gains (vs. losses). Further, there were not many losses to offset those gains. As a result, at the end of the year, many mutual funds held in accounts that weren’t tax-sheltered (like IRAs and 401ks) had large taxable gains.   By law, all of these net capital gains have to be pushed out to the mutual fund owner.  This is what causes a 1099 to be issued in January or February for the prior year.

As painful as this tax bill may be, it would have come due later anyway, as investments were sold at gains, inside the mutual funds. Remember that owing taxes on capital gains means that you made a profit - take some comfort from that.